Karolina Sandahl, Teacher and Educator at The Global School

Mathias Demetriades, Teacher and Educator at The Global School

Nobel Prize in Physics 2014 for developing the LED lamp.

In 2014 the Nobel Prize for Physics was awarded to three researchers who had worked on creating blue LED-light, one of them Hiroshi Amano. This invention was the result of groundbreaking work in electronics research – and it had tremendous practical implications. Blue diodes could be combined with red and green to produce white light. This led to the development of our now commonplace LED-lamps. These require less energy than regular light bulbs, which makes them more environmentally friendly. But they also contribute to socially sustainable development. Since they can be driven by batteries charged with solar power, they are very useful in parts of the world without a functioning electric grid. This is a clear example of a Nobel Prize that has changed the world ”for the benefit of humankind.”

Nobel Peace Prize 2017 for their work against nuclear weapons.

Beatrice Fihn is the executive director of ICAN (International Campaign to Abolish Nuclear Weapons), an international coalition made up of more than 500 member organizations from over 100 countries. Nuclear weapons are an existential threat to humankind, and yet they are not illegal. This is what ICAN struggles to change. They took part in drafting the Treaty on the Prohibition of Nuclear Weapons, which has been signed by 70 nations. The work is far from finished, not all signatories have ratified it and the nations which have nuclear weapons have not signed. The Nobel Peace Prize was both an acknowledgement to ICAN’s important work and a way to support their future struggle.

Nobel Prize in Chemistry 1995 for discovering how freons damage the ozone layer.

The ozone in the atmosphere protects the Earth from harmful ultraviolet radiation from the sun. However, certain gases called freons, can damage the ozone layer which leads to more radiation. Freons had many uses, including propellants in spray cans and refrigerants in refrigerators. That freons were causing this ’ozone hole’ was discovered by Mario Molina and his colleagues in the 1970s. The following years, they also worked towards limiting the use of freons. Thanks to the Montreal Protocol in 1987 the use of freons has declined, giving the ozone layer the chance to recover. Molina’s story shows that knowledge can lead to political action for the environment. Today, Molina is an outspoken advocate for action against climate change.

The environmental scientist that made planetary boundaries understandable.

In order to deal with climate change, we need to know the facts and the risks but also be given the tools to act in constructive ways. Johan Rockström is a climate scientist who apart from his scientific work has also been active in explaining the causes and consequences of climate change to the public. 10 years ago he led the work on formulating the Planetary Boundaries-framework, which sets up a model for the limits in which we need to keep our environmental impact if we are to avoid catastrophic changes and disruptions. After working many years at the Stockolm Resilience Center, Rockström is currently the joint director of the Potsdam Institute for Climate Impact Research.

Sweden’s Minister for Education Anna Ekström was 2011–2016 Director-General for the National Agency for Education. Anna has a genuine interest and understanding for education and her priorities for this electoral period is improving attainment, strengthening equity and guaranteeing the provision of teachers, safety and peaceful study environments in Swedish schools. 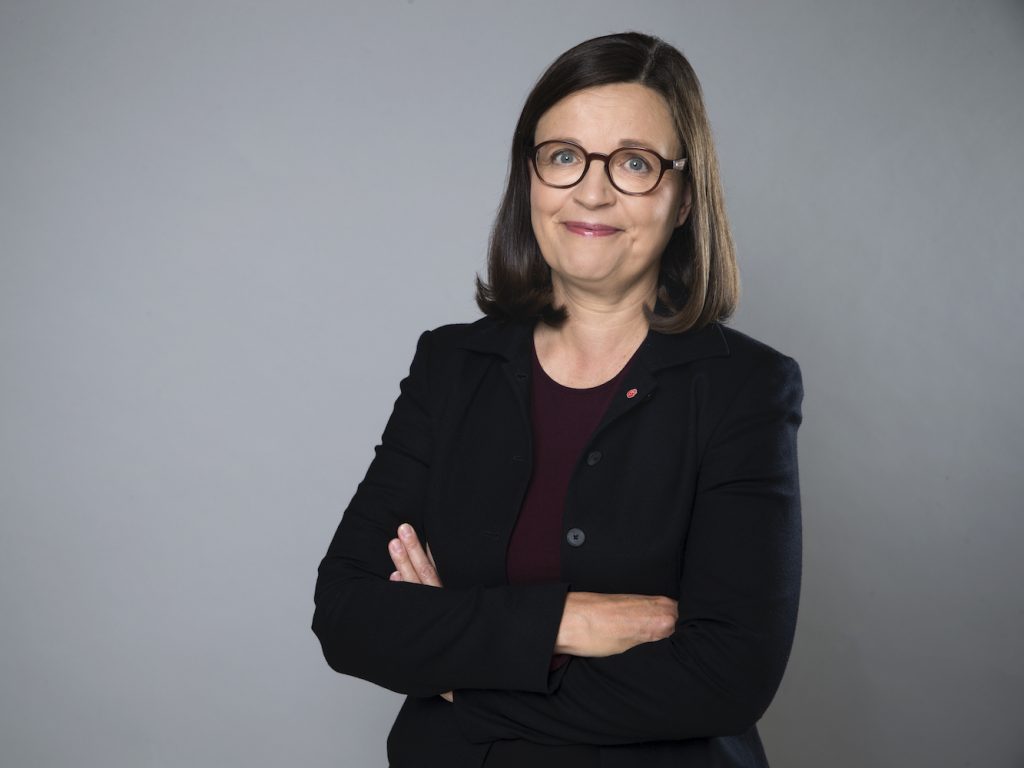 Professor of Theoretical Physics at Uppsala University since 2000. His research deals with string theory with a special focus on applications in cosmology. Danielsson has devoted a great deal of his time to popular scientific activities and is often featured in these contexts in both radio, television and newspapers. He is a member of the Royal Swedish Academy of Sciences, the Royal Society of Arts and Sciences of Uppsala, and the Royal Society of Sciences in Uppsala.

He is also the author of three award-winning books and in 2018 he stood on the Dramaten stage in his own performance “Performance Lecture: About the Universe” in which he explained the greatness and peculiarities of the universe. At the Teacher Summit Ulf Danielsson will talk about how a view of the Earth from a cosmic perspective reveals our origin and helps us realize how fragile our planet is.

Malin Ideland works at Malmö University as professor in educational sciences with specialization in ethnology. She has two primary research interests; marketization and neoliberal governing of education and how norms for Swedishness, whiteness and social class organize how we can think and act concerning education, but also environmentalism and sustainability.

At the summit, Malin Ideland will discuss what it means that children are pointed out as responsible for the future, and if we need to rethink the role of the adult world.

Guest Professor of English at Mälardalen University. His work as an environmental humanities scholar focuses on building collaborations among artists, researchers, educators and civil society to mobilize public action on climate change. He is Director of the Humanities for the Environment (HfE) Circumpolar Observatory group anchored at the Stefansson Arctic Institute (Akureyri, Iceland). He also plays a lead coordinating role in numerous international organizations specializing in the intersections of sustainability research, education and public engagement.

Work for the governmental agency “The Swedish Council for Higher Education” (UHR) to implement the programme The Global School to strengthen the educational system’s ability to educate young people to be able to take action for a sustainable development in a multicultural society. Karolina Sandahl and Mathias Demetriades will show the latest news in education for sustainable development.

Ulrika Florin (PhD, MFA) is a researcher and visual artist, she is Senior Lecturer in Information Design and the Coordinator of the Bachelor Program; Spatial Design – Information Design at Mälardalen University. Florin’s research focuses on sketches, models and full-scale representations (analogue and digital) that support interaction and communication.

Andrea Hvistendahl (MFA,) is a visual artist and a lecturer in Information Design at Mälardalen University. Hvistendahl focuses on environmental, social and ethical issues and how to translate and communicate ideas to different groups. Her projects feature objects, interactions, installations and images often in cooperation with other social actors.

#FridaysForFuture is a movement that began in August 2018, after 15 years old Greta Thunberg sat in front of the Swedish parliament every schoolday for three weeks, to protest against the lack of action on the climate crisis. The hashtags #FridaysForFuture and #Climatestrike spread and many students and adults began to protest outside of their parliaments and local city halls all over the world. At the Teacher Summit, we will meet Ell Ottosson Jarl och Melda Nahnfelt from #FridaysForFuture.

The Nobel Prize shows that hard work and good ideas really can change the world. Curiosity, creativity, collaboration, critical thinking and complex problem solving are things many Nobel Laureates say were important for their success. How do we include those perspectives in our teaching? The Nobel Prize Museum education team will show some creativity methods and resources that you can bring back to your classroom.