Viruses attack both animals and plants. Tobacco plants are damaged sometimes with mosaic-like patterns on the leaves. These patterns are caused by the tobacco mosaic virus, which at the end of the 19th century became the first virus ever discovered. Since then, it has been the object of extensive research, which has provided a huge amount of basic knowledge about viruses. 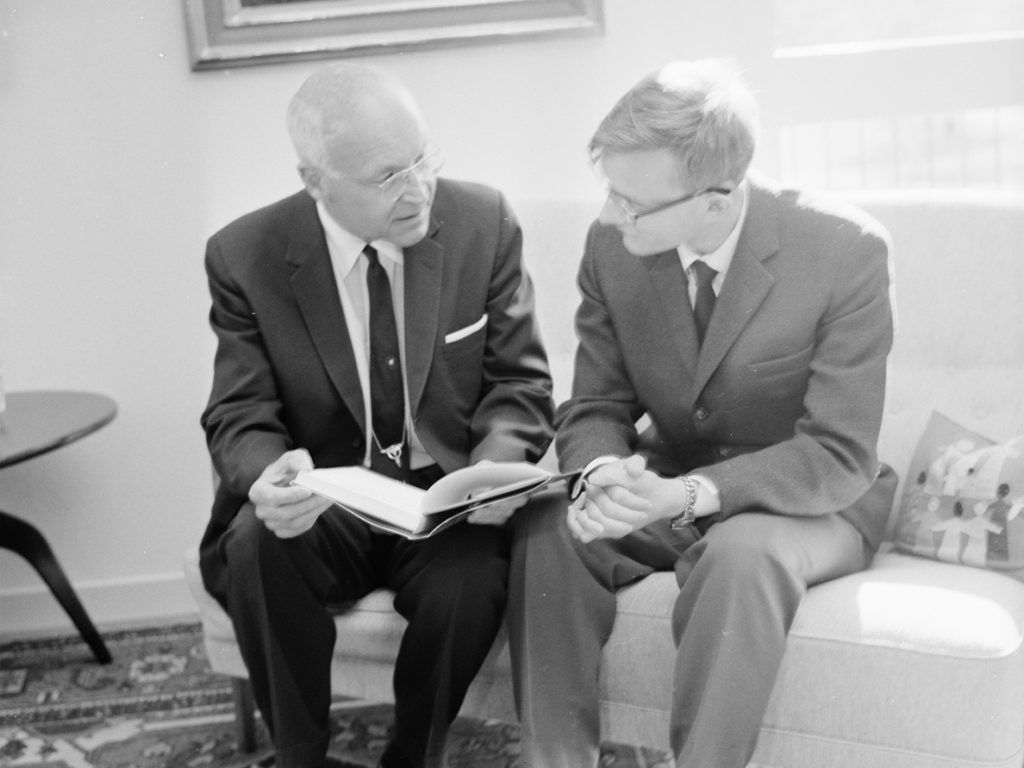 Wendell Stanley, who conducted research on the tobacco mosaic virus, is seen here on a visit to Uppsala in 1961. To the right is the biochemist Per-Åke Albertsson. Photo: Upplandsmuseet.

In the 1930s, Wendell Stanley was able to produce the tobacco mosaic virus in solid crystalline form. He was the first person to be able to crystalize a virus. In this way, he was able to show that viruses are a type of particle and not a liquid contagion, which many had previously thought.

Wendell Stanley was awarded the Nobel Prize in Chemistry in 1946.