The Spanish flu was caused by an influenza virus. American soldiers at military facilities at the end of World War I were likely an important source of its spread in Europe. The war had just ended, and the pandemic claimed even more lives than the war. Between 50 and 100 million people died in the pandemic.

This photo shows personnel from the Red Cross providing transportation for people suffering from the Spanish flu in St. Louis, Missouri in the United States. 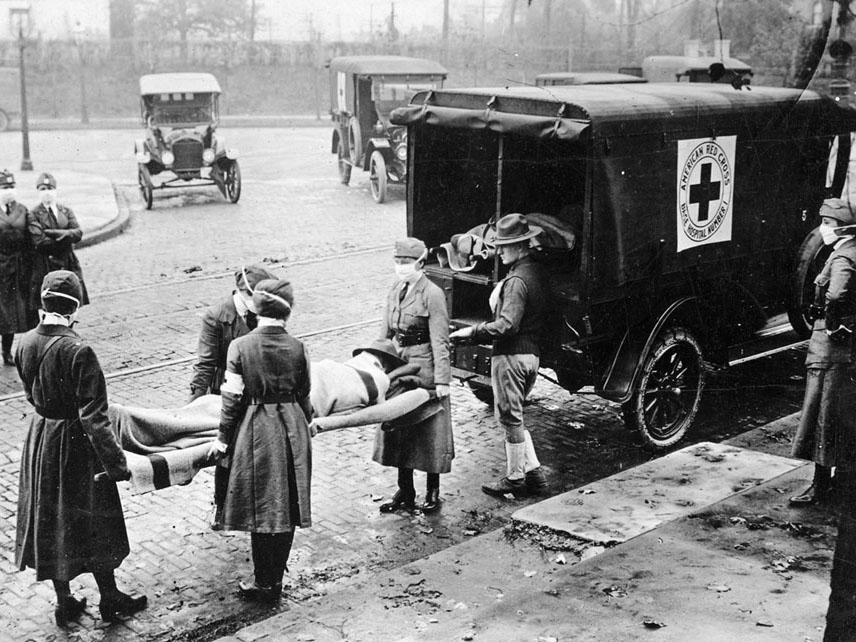 Peter Doherty is one Nobel Laureate that has conducted research on pandemics. Peter Doherty’s research primarily deals with how the immune system works, but in the book Pandemics from 2012, he provides a broader perspective about pandemics.

In his Nobel Prize-awarded research from the 1970s, Doherty studied how the immune system recognizes virus-infected cells. A type of white blood cell, T cells, kill virus-infected cells, but only if it recognizes both the foreign substance (the virus) and certain substances from the body’s own cells. The discovery has provided an important basis for vaccines and medicines against diseases. Peter Doherty and Rolf Zinkernagel were awarded the Nobel Prize in Physiology or Medicine 1996.