She believes there is a longing for knowledge and in-depth understanding in our society.

“People want to be part of a discussion about science and learn more about how our lives are affected by new research findings. They want to be inspired by people who have made a difference through their work towards peace or artistic creations. Ideas can change the world. This becomes clear when we learn how the Nobel Laureates – who number more than 900 since 1901 – have asked questions, sought answers and overturned old truths,” Erika Lanner says.

One important focus in 2019 will be to reach out even better to Stockholm residents.

“The Nobel Prize has an outstanding international reputation. All over the world, the prize is associated with fresh thinking, innovation and creativity. It draws a large number of international visitors to our Museum every year,” says Erika Lanner.

Through growing range of programme activities, expanded contacts with schools and new institutional partnerships, the Nobel Prize Museum will become even more relevant to its nearby audience in the Stockholm area. For example, the Museum will continue its development of events during the week in October when the year’s Nobel Prizes are announced and the general public is invited to honour and understand them.

“Last autumn we had more than 40 such activities all over the city – a celebration of knowledge and humanism that I hope will become as well-established in the minds of Stockholm residents as the Nobel Week in December,” says Erik Lanner.

Erika Lanner has a background as a lawyer and has worked for thirteen years as a member of the Nobel sphere’s management team. She succeeds Olov Amelin, who is becoming Director of the Jamtli Museum in Östersund, Sweden and Jämtland County Custodian of Antiquities.

The Nobel Prize shows that ideas can change the world. The courage, creativity and perseverance of the Nobel Laureates inspire us and give us hope for the future. Videos, in-depth guided tours and artefacts tell about the Laureates and their contributions for the greatest benefit to humankind. Based on the Nobel Prize’s unique combination of fields – natural sciences, literature and peace – we examine the great issues of our time and show how we can respond to them with science, humanism and cooperation. Through our exhibitions, schools programmes, lectures and dialogues, the Nobel Prize Museum would like to stimulate engagement for a better world. Today we are located on Stortorget, the main square in Stockholm’s Old Town. In the future we will be creating a new home for the Nobel Prize in the heart of the Swedish capital. 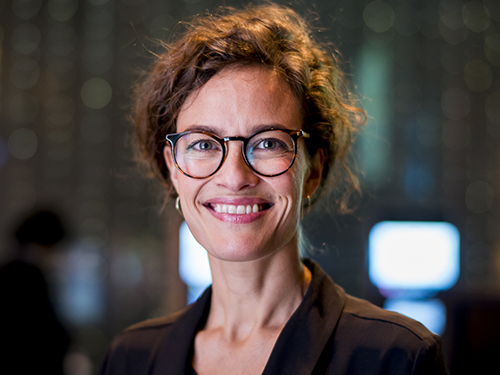