Alfred Nobel had a lot of ideas. For example, he invented dynamite. He decided to give the money he made to other people. People who are bubbling with ideas. That is how the Nobel Prizes got started. The Nobel Prizes have been given out for more than one hundred years. There are prizes in physics, chemistry, medicine, literature, peace and economics. In the Bubble Chamber, you will learn about the Nobel Prize subjects and about Alfred Nobel.

The Bubble Chamber has something for everybody, but mostly for children 3–11 years old.

Our exciting on-your-own booklets are as usual kept at the entrance desk. 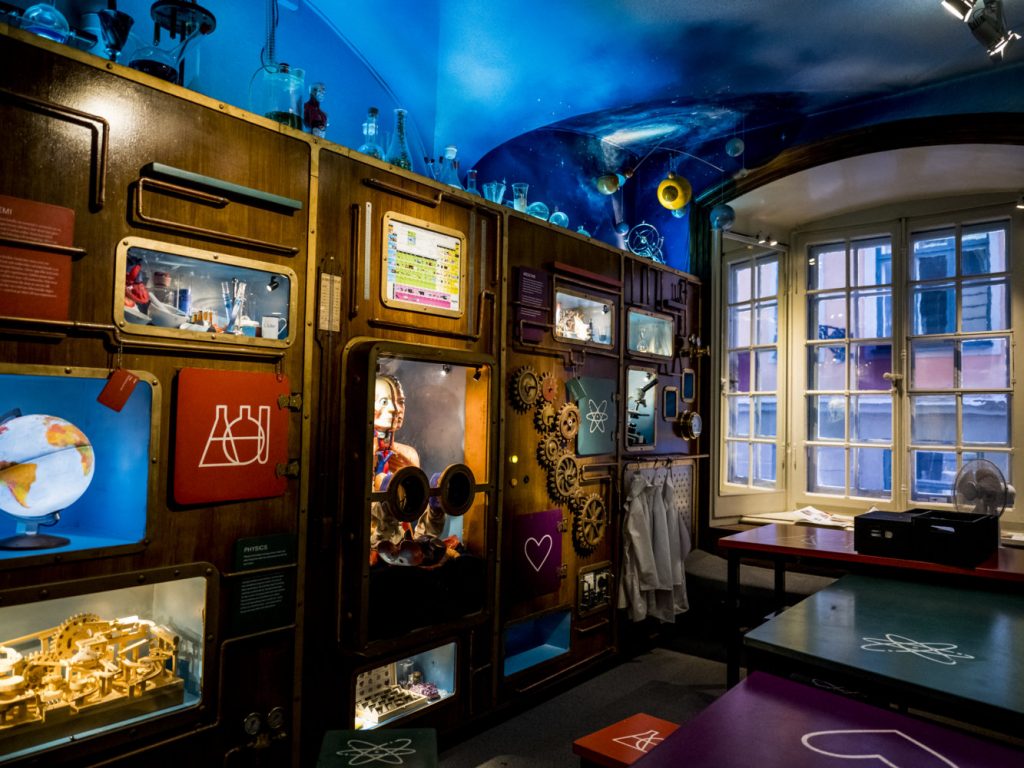 The children’s hunt – clever quiz competition on your own

Be challenged with the Children’s hunt – a clever quiz about the Nobel Prize for children aged 5–11.

Who wrote The Jungle Book? And what did Alfred Nobel invent? Find the answers around the museum.

Psst. Clues are that the answers are somewhere in the timeline, the Alfred room and the permanent exhibition Cultures and creativity.

The quiz booklet can be collected in the entrance. Available in: Swedish, English, Spanish, French, Italian, German, Ukrainian, Japanese, Chinese and Russian.