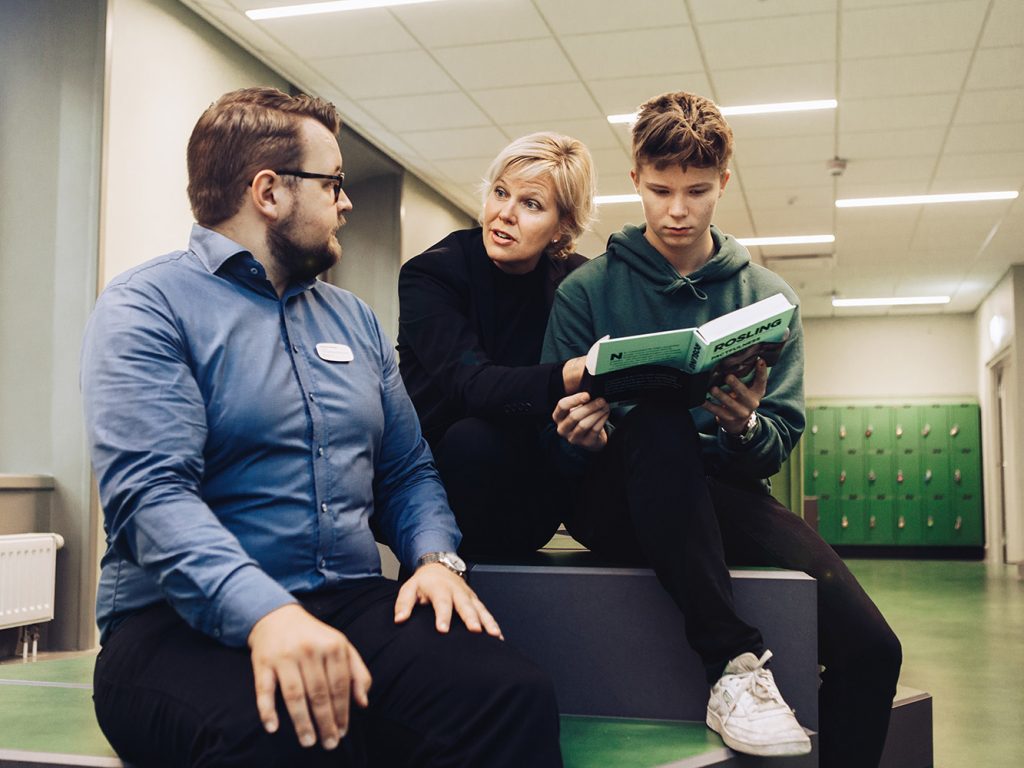 Behind this initiative are the Nobel Center and the Marianne and Marcus Wallenberg Foundation.

“The task of the Nobel Center is to enhance the role of science and humanism in society, something that is especially important in periods when facts are not always respected. With this project, we hope that Sweden’s third-year upper secondary students are inspired by the spirit that both Alfred Nobel and Hans Rosling exemplified,” says Anna Sjöström Douagi, Programme Director at the Nobel Center.

In the book, Hans Rosling, Ola Rosling and Anna Rosling Rönnlund explain why students, Nobel Laureates and political leaders are outclassed in a multiple-choice test of general knowledge about the world by the chimpanzees in a zoo. The authors help their readers see the world in a new way. The download project is made possible by funding from the Marianne and Marcus Wallenberg Foundation.

“The book shatters a number of myths. We hope that this download opportunity will stimulate discussions in Sweden’s upper secondary classrooms about the Importance of facts. The Wallenberg Foundations support research and education in various ways, and this initiative is entirely consistent with the Foundation’s aims,” says Peter Wallenberg Jr, Chairman of the Marianne and Marcus Wallenberg Foundation.

This is what to do

To download the book, all third-year upper secondary students can go to the Nobel Center’s Swedish-language web page nobelcenter.se/factfulness and follow the directions in order to register and verify their personal data. In order to receive an electronic copy, the student needs to provide an active e-mail address when registering.

About the book Factfulness

Students, Nobel Laureates and political leaders – all of them are outclassed in a multiple-choice test of general knowledge about the world by the chimpanzees in a zoo. Why is this? Driven by a passion for popular education, Hans Rosling, Ola Rosling and Anna Rosling Rönnlund seek to change this. In their book Factfulness, they explain why we misunderstand global trends, and what we can do to correct our erroneous perceptions. Based on ten concrete mistakes that our brain makes – including our tendency to divide the world into two camps, our worried attitude towards news and our assumption that things are getting worse over time – the book analyses how we can break away from our mental errors and become more fact-oriented.

Natur & Kultur, the company that published the book in Swedish, has also produced a teacher’s manual that can be used to create a lesson about the book, thereby making the book easier to use and helping spread the knowledge and the method that has made it world-famous. The teacher’s manual can be downloaded via http://www.nok.se/factfulness.

About the Marianne and Marcus Wallenberg Foundation

The Marianne and Marcus Wallenberg Foundation awards grants mainly in the fields of law and social sciences. Since it was established in 1963, the Foundation has provided grants totalling 2.4 billion Swedish kronor.

About the Nobel Center

The Nobel Center will be a new building in the heart of Stockholm, open to everyone, where the Nobel Prize and the fantastic discoveries and contributions for which the Laureates have been rewarded will find their natural venue. The Nobel Prize will provide the basis for broad-based public activities including exhibitions, school programmes, lectures and discussions about the major issues of our era. The Nobel Center will be a place where committed reformers, curious Stockholm residents, school classes and visiting tourists can meet and be inspired to contribute to a better world.