HIV, which is an abbreviation of human immunodeficiency virus, is a sexually transmitted retrovirus that attacks our immune system. An untreated infection eventually leads to AIDS, or acquired immune deficiency syndrome. In 2008, French scientists Luc Montagnier and Françoise Barré-Sinoussi were awarded the Nobel Prize in Physiology or Medicine for the detection of human immunodeficiency virus.

Watch the interview where Françoise Barré-Sinoussi talks about what it is like to meet patients affected by the virus she discovered.

The class of retroviruses to which HIV belongs is a virus that inserts its genes into the host cell’s DNA. Once the viral genes have been inserted into the DNA, the host animal, in this case the infected person, can never get rid of the virus but will carry the virus for the rest of his or her life.

However, modern inhibitory drug treatments can keep the virus level in the blood at such a low level that the immune system is not knocked out, and the infected person does not develop AIDS. Today, the life expectancy of HIV-positive people in Sweden during treatment is largely the same as for non-HIV-infected people.

But not everyone has access to these inhibitory medications. It is estimated that about 37 million people worldwide are infected with HIV, and the virus has so far caused about 35 million deaths. In 2018, over 4,000 people were predicted to be infected with HIV every day, and every day, around 2,000 people were estimated to die from HIV-related illnesses. 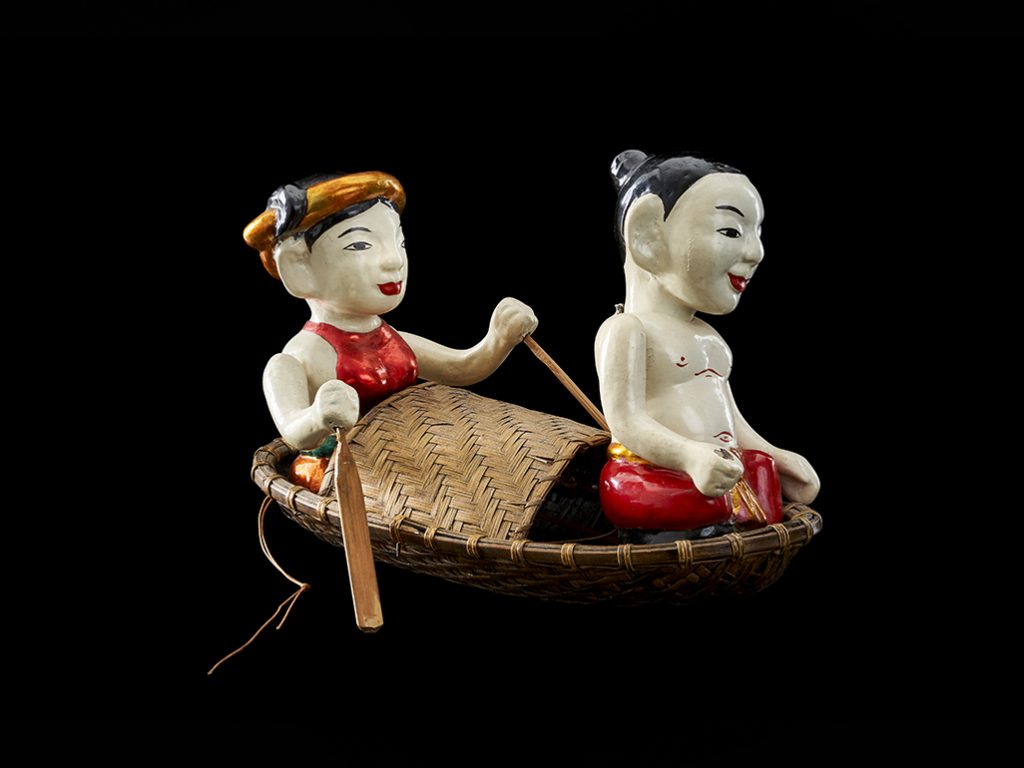 In addition to basic research on the HIV virus, Françoise Barré-Sinoussi has been active in health care in low- and medium-income countries. She has worked with the World Health Organization (WHO) and developed scientific collaborations with several countries in Africa and Asia. During a longer visit in Vietnam in the 1990s, she visited Thang Long Water Puppet Theater in Hanoi, where she was given these dolls by her Vietnamese colleagues. For her, these represent daily life, culture and traditions which she has personally learned a lot from, and they reflect her love of theater.