The Star Hunt is the tenth project within Help a Scientist. This year the project is about space and to identify stars together with three scientists based at Chalmers.

Astronomers Dr. Giuliana Cosentino, Dr. Rubén Fedriani and Prof. Jonathan Tan (Dept. of Space, Earth and Environment, Chalmers Univ. of Technology) have been selected for the 2020 Help a Scientist program run by the Nobel Prize Museum with the project “The Star Hunt”. In this, the 10th edition of the Help a Scientist program, about 1 000 participating Swedish school students from about 30 schools will be the first Star Hunters as this is the first space-astronomy project offered by the program.

In the project The Star Hunt the scientists, who are astronomers, need help finding new stars that are being born from dusty interstellar clouds in our galaxy. Do these stars, especially the most massive ones, form alone, as twins or clustered together in  great broods? Students will analyse images taken in a variety of wavelengths of light, from radio to x-ray, by telescopes on the  ground, in the air and in space. The scientists will provide a background to the research and instructions for  analysis of the images. These will be provided via the web-based WorldWide Telescope platform, which interfaces with  NASA and ESA databases.

Each team of students will explore their  own regions of the galaxy targeting particular interstellar clouds. The astronomers want to know about the surrounding  environments of the clouds – for example, have they been impacted by recent supernova explosions or blasts of radiation? They  want to discover if there are clusters of stars already formed that are hidden in the dusty centres of the clouds. The results will  contribute to knowledge of the life cycle of our galaxy, especially the birth of new stars, that will also help us better  understand the origin of our own Sun and its planets.

Thanks to Peter Williams (Harvard-Smithsonian Center for Astrophysics and American Astronomical Society) who is working with the scientists to help adapt the WorldWide Telescope software for this project.

To get more detailed information about what the school classes in the Star Hunt will actually do to help the scientists, please the scientists’ web page.

See the start-up conference which launched our project on 11 September. 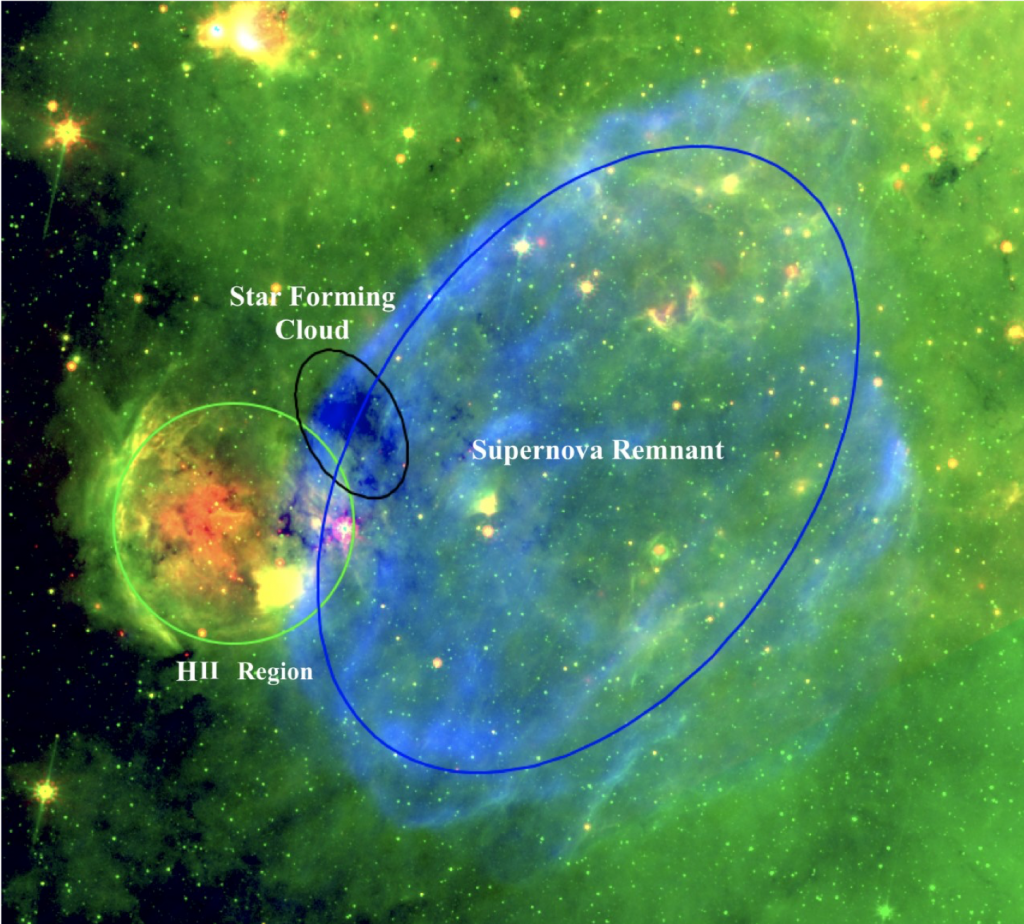 Figure 1: In the project The Star Hunt, Swedish school children will help astronomers to study star formation in our Galaxy, such as in this example interstellar cloud of gas and dust. Multiple wavelengths of light from the infrared (shown in red and green colors) to the x-ray (shown in blue) reveal the complex environment of the cloud, which is being buffeted by a supernova explosion and the ionized gas of an “HII Region”. The cloud appears as a dark shadow because its dust blocks background light from reaching us. Is thought to be at a very early stage in its evolution, before it gives birth to a new generation of stars. Image credit: Cosentino et al.; NASA/ESA. 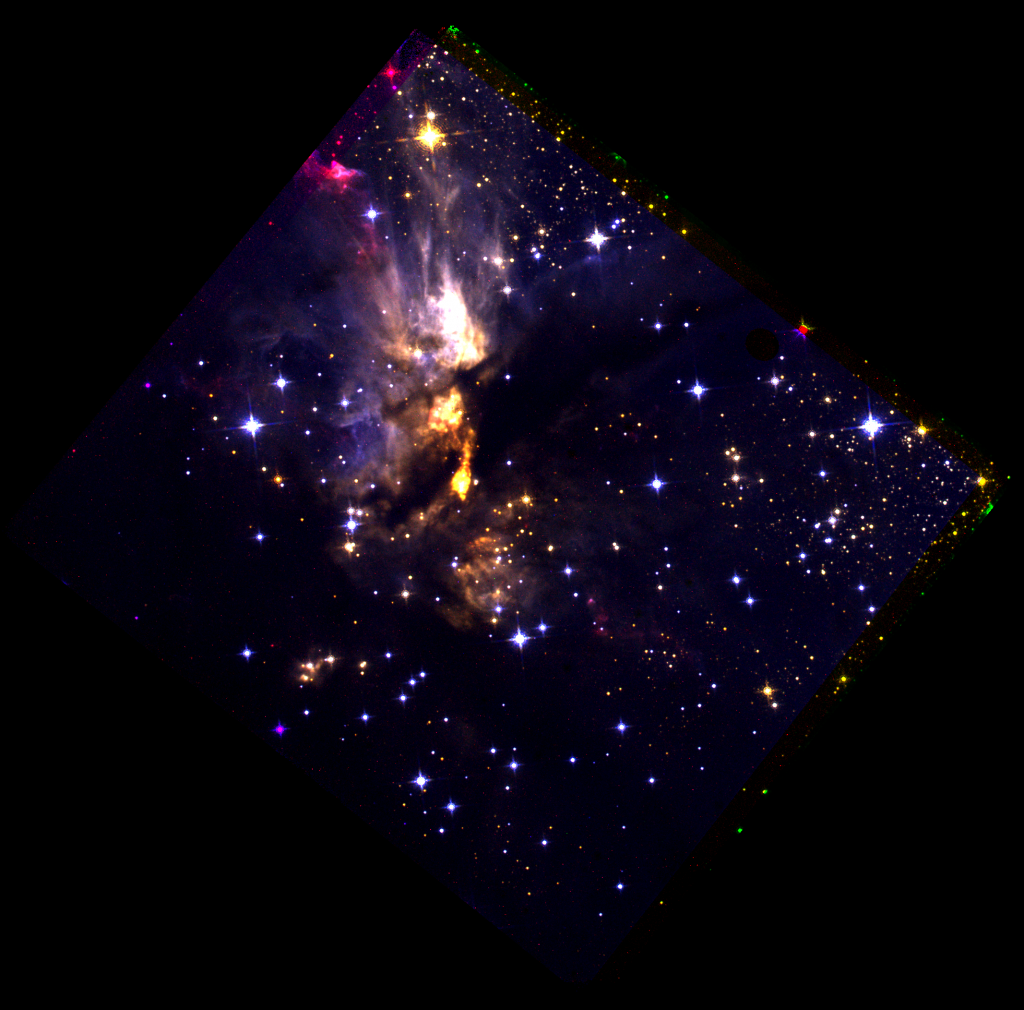 Figure 2: Hubble Space Telescope view in the infrared of a late stage star forming cloud revealing a new born massive star that is blasting its surroundings with powerful winds and radiation. School children will help astronomers to research how such massive stars are created from interstellar gas. These stars play crucial roles in the life cycle of galaxies, since they eventually explode as supernovas and generate chemical elements crucial for planets and life. Image credit: Fedriani et al.; NASA/ESA