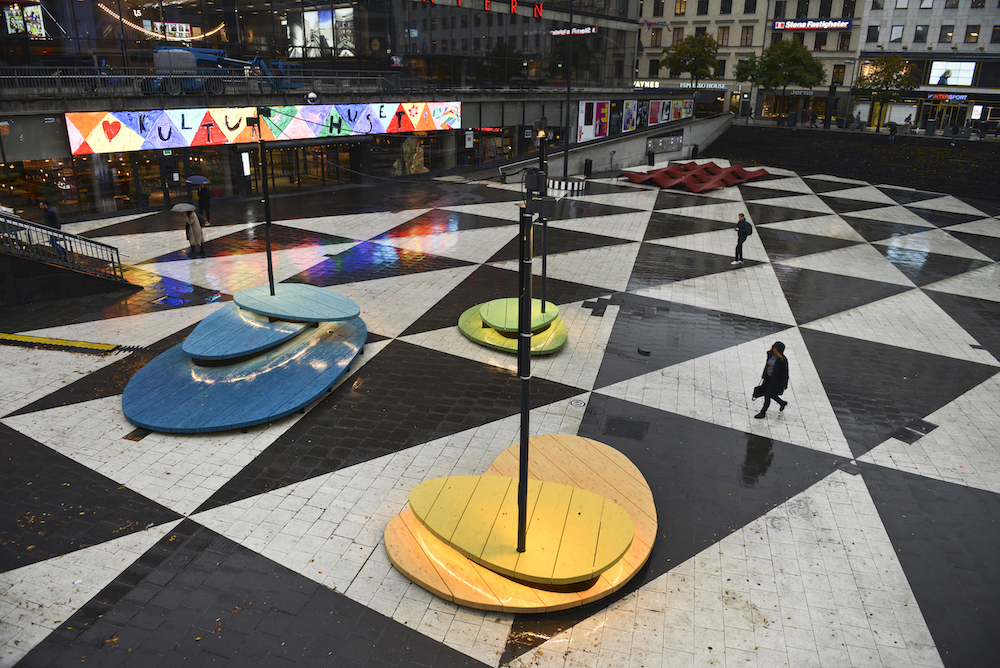 “This is one of the absolutely best weeks for those of us who work at the Nobel Prize Museum. Of course we want to share our joy that new laureates are being honoured for their contributions towards the greatest benefit of humankind. There will be many exciting activities all over the city, where people can celebrate and learn more about science, literature and efforts to achieve a more peaceful world,” says Erika Lanner, Director of the Nobel Prize Museum.

The programme is bursting with both digital and physical activities. There will be a Crash Course on the scientific Nobel Prizes. Film director Björn Runge and August Prize-winning author Karin Bojs will participate in a panel discussion on how the Nobel Prize continuously inspires cultural expressions. Nobel Calling also includes lectures on such topics as poetic metre and the human sense of smell. It will also be possible to meet nurses who have worked for the Red Cross (recipient of multiple Nobel Peace Prizes) and have been awarded medals for their contributions at various front lines around the world, and to visit scientific research labs. On each day that new laureates are selected, the Nobel Prize Museum will also live stream the announcement from the prize awarding institution. Most activities are in Swedish, but some are in English; see the full Nobel Calling programme for details.

Creativity is an attribute that Nobel Prize laureates often cite as crucial to achieving success. Nobel Calling Stockholm will celebrate creativity with Open Stage events on Sergels torg – a public square in central Stockholm. Circus, music and poetry will be featured on three stages located on the square. Passers-by can also sit down and listen to earlier Nobel Prize laureates. The programme was designed by theatre director and producer Johan Bark. The stages were designed by Daniel Byström and Fabian Lundberg, who are known for several earlier projects aimed at creating new urban meeting places. For example they have developed various modular kits which include seating and can be installed on Swedish streets and parking places. Their Sergels torg stages are made of Swedish wood and are painted in different colours.

The full Nobel Calling programme is available at https://nobelprizemuseum.se/en/nobel-calling-2021/

On Thursday 7 October at 14.45, we will be on site at Sergels torg to tell more about the programme. At 15.00, actors from Stockholms Stadsteater and other theatres will hold poetry and prose readings.

The Nobel Calling activities are open to the media, but some physical events require a ticket. To order press tickets, please contact:

The Nobel Prize shows that ideas can change the world. The courage, creativity and perseverance of the Nobel Laureates inspire us and give us hope for the future. Films, in-depth tours, and artefacts tell the stories of the Laureates and their contributions ‘for the greatest benefit to humankind’. Based on the Nobel Prize’s unique combination of fields – natural sciences, literature and peace – we examine the greatest challenges of our time and show how we can respond to them through science, humanism and collaboration. With our exhibitions, school programmes, lectures and conversations, we at the Nobel Prize Museum strive to engage the public in making a better world. Today we are located at Stortorget in Gamla Stan, Stockholm’s Old Town district. We are planning to create a new home for our public outreach activities at Slussen in downtown Stockholm.

Disclaimer: Nobel Prize Museum is not directly or indirectly involved in the pro­cess of nominating or selecting Nobel Laureates. These procedures are strictly confiden­tial and regulated by the Nobel Prize awarding institutions.